We are currently settled at the Lemonade Farm Cottage. Somethings, like lemons and dogs, easily make me happy. Bella, Harry, and Flesh, always excited to see us, have been such joys to be around and to take for walks down the country road. Harry and Flesh love to play fetch and fight over sticks. Bella is older and slower but no less enthusiastic. The lemons here are sweet enough to be eaten like an orange. Willem made me a very tasty lemonade, pure happiness! 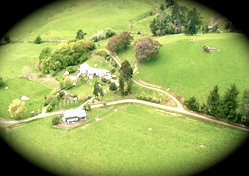 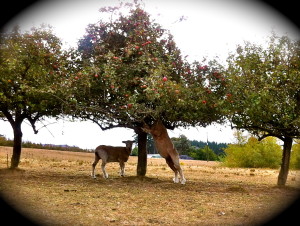 Saturday we went into the town of Nelson where they have a great farmers’ market. The boys had some crepes and then we walked over to check out the annual Collingwood Street Trolley Derby. Such a picture perfect small town event, it’s featured along with Nelson locals in the movie Kiwi Flyer. 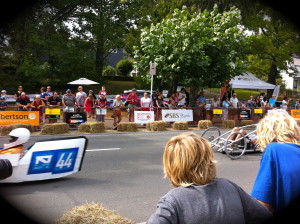 We then went back to the market and had lunch at the Wrap Shak before heading to Tahunanui Beach. We met up Sabien, a friend of a friend, who moved here two years ago with her husband and two boys now 13 and 16 years old. They loaned us a box of Legos! 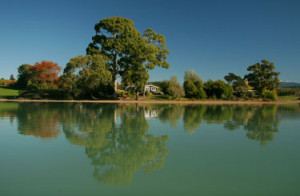 Last week we stayed in a cozy vintage cottage on Matahua where we didn’t do much other than play the NZ version of Monopoly, put together some puzzles, pick some organic apples and paddle about the estuary in a kayak and on a standup paddle board. I chatted with a cute cow (baby bull) that lives up the road. The boys slipped and slid in the mud during the low tides. Toppee, a sweet black Lab, first came to visit us when Aidan was making pancakes and bacon. She made it a habit to stop by at breakfast time. 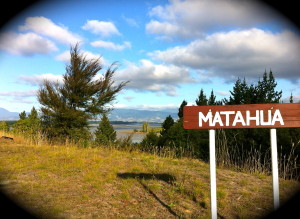 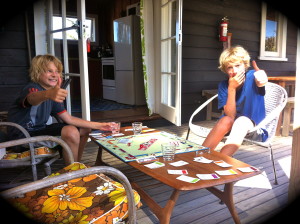 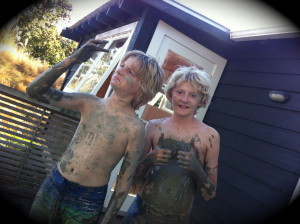 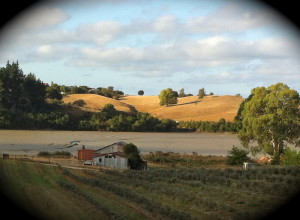 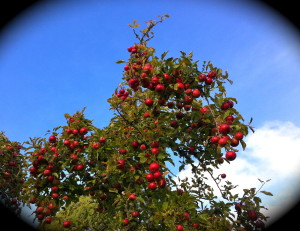 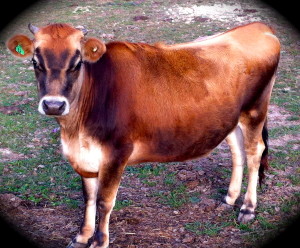 Finally we turn down a gravel road, only 4.5k left to go, no guarantee our destination will actually be there, GPS maps have failed us numerous times before! It is still dark in the middle of nowhere with no one around, not that I want a car to pass by on a narrow curvy hilly gravel road. We finally reach the Triple Tui B+B. It’s late, it’s been a long day, we’re finally here except we can’t just drive up to the cabin which is a ways away as our car is too low to cross the stream, so we grab some stuff for the night and start to walk. In the dark, in the middle of nowhere New Zealand, no torch, just the light from the sky littered with stars, the most amazing stars I’ve ever seen! I follow the light colored shirt of our host that I can just barely see. I hear sheep. We need to cross a swing bridge. It is dark, it is late, my arms are full and it is hard to walk on a swinging bridge when you are trying hard not to laugh hysterically, the not sure whether to cry or laugh type of hysteria, but then I notice the reflection of the stars dazzling on the water and all is well!

We had two days and nights to soak up the soothing songs of the Tui birds, the river, the sheep…the serenity of it all. 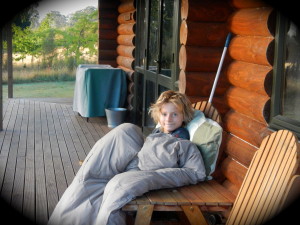 When we were in Cygnet, Tasmania we watched on dvd the first season of the Gourmet Farmer, a show about a man that was a ‘feared’ food critic in Sydney before he moved to Cygnet to take up farming like a foodie. The boys decided we should live on a farm. We have names for all the animals that we’ll have but will never kill and eat. I think we’ve been in the country long enough now for the charm of this idea to have worn off of them. 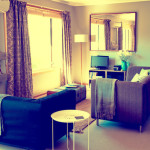 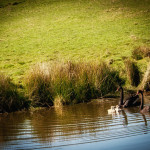 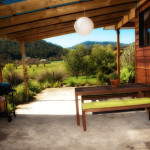 While on Tasmania, we visited the provocative and uber cool Museum of Old and New Art or MONA in Hobart.

After Tasmania, we stayed in a ‘beach shack’ on the tip of Mornington Peninsula, southeast of Melbourne. Surrounded by coast the land is fertile and full of vineyards, gardens, and elaborate mazes. We had a relaxing morning soaking in the hot springs and soaking up the beauty of the surroundings. The boys had fun ‘tree-surfing’, navigating mazes, and shooting down slides in tubes. They also enjoyed having a guitar and an outdoor fireplace at the ‘shack’ and built fires and roasted marshmallows! 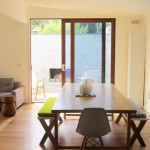 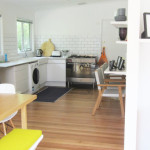 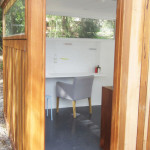 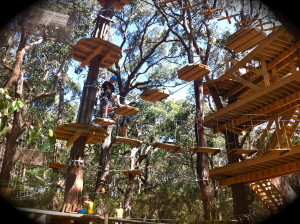