We’re back in Cape Town after a lovely visit for a few days to the wine country. The woman who owns the house we’re in now was here when we first arrived.  She asked us how long we’ve been in S Africa + said last she heard from me we were in Italy.  I thought wow that was a really long time ago + couldn’t come up with an answer to how long we’ve been in this country.  I could tell by the way she was looking at me that she was wondering what kind of drugs I was on +/or if I was just really really stupid.  When I asked her what we do with the garbage + she said it’s collected on Tuesdays, my mind worked hard to come up with some reference…Tuesday? a day of the week…hmmm, what day of the week is today?… I had absolutely no idea or any ability to figure that one out on my own.

That was over a week ago.  It’s a bit disorienting to be so far away, no routine, and to have a winter that is summer.  We’ve managed pretty well at driving on the ‘wrong’ side of the road + with a manual transmission too.  All though there’s something like eleven official languages in S Africa, we’ve never even had to pretend or feel guilty to speak anything other than English.

Here’s some pictures of where we stayed in Stellenbosch, the second oldest town in South Africa.  It’s just 50k from Cape Town.  Our apartment was on a street lined with 200 year oak trees in this quaint historic town filled with Cape Dutch buildings.  We were just a  block or two the Stellenbosch Botanical Garden, the Eerste River, Stellenbosch University, and many art galleries.

There was so much to love about this place except for my sense of unease.  There are security guards at practically every corner + if we had stayed there longer, I’m sure I would have begun to feel more secure. When I ventured out by myself to go to the store or to walk along the river, I anxiously felt the need to be ever alert, more on guard. 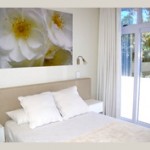 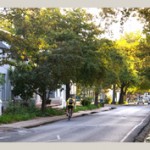 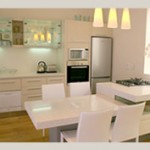 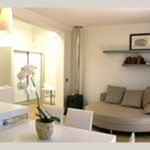 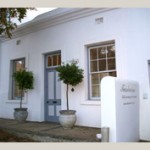 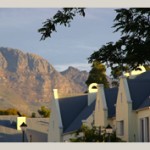 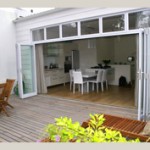 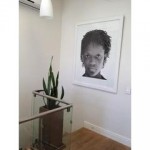 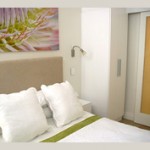 This wine-producing country is gorgeous beyond words.  We rode mountain bikes through vineyards on a very hot day.  I learn all about my family through that experience. 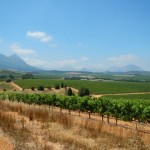 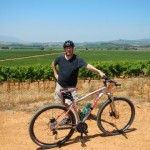 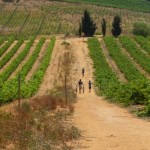 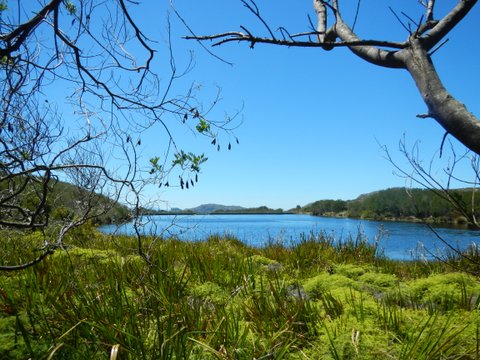 We had breakfast one morning at Stark-Condé.  Our view that morning:

Here’s where we are now back in Cape Town in very close to where we were before our trip to Stellenbosch.  We’re in an area called Kommetjie, which seems to somehow rhyme with ‘comedy’. 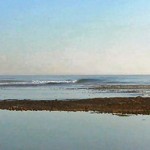 We’ll be here until Feb 8.  More soon on what we’ve been up to here.