Sunday we left Dubai for South Africa. We spent the night in Johannesburg + then yesterday flew to Hoedspruit near Kruger National Park. On the plane, I sat in front of a large + loud man who proclaimed, “I can see why they call it the bush. It’s not like a forest with trees, but there sure are a lot of bushes!” But this American’s best quote was spoken in a matter of fact + of course loud voice “I’m a size 46 which is the largest size Walmart sells. Guess it’s time to go back on my diet!” 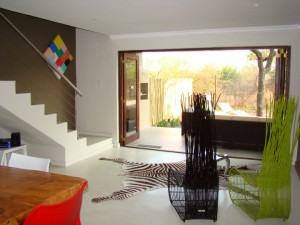 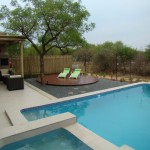 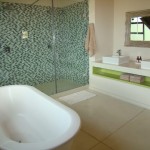 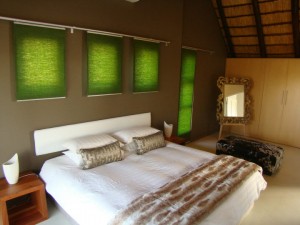 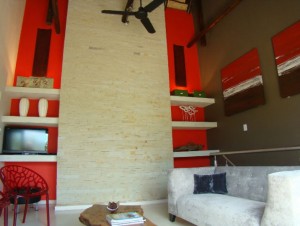 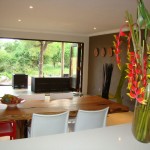 Here’s a link to where we are + will be until just after Christmas. The boys had fun last night decorating with a few xmas ornaments we bought at a grocery store in Hoedspruit. So far we’ve seen some pretty cool wildlife while just driving around, such as giraffe, zebra, warthogs, wildebeest, buffalo, impala, bushbuck, reedbuck, macma baboon, vervet monkey. We’ve also seen some interesting birds and awoke to many unfamiliar bird songs. My favorite is the Grey Lourie that says ‘whaa’…‘whaa’.

Our wifi connection isn’t very consistent + apparently our water supply isn’t either – this I discovered when trying to shower after a hot sweaty mid-day walk. I know poor me….whaa!

When/if we have a faster connection, I’ll write more about some of the great books I recently read. I’m now reading Nelson Mandela’s autobiography, Long Walk to Freedom. He is 94 years old + recently admitted to the hospital for tests as he is in poor health. It was 13 years ago when he laid his hand on my big pregnant belly + asked me how many kids I wanted to have. Kevin was as surprised as I was when I blurted out, ‘four!’ The man is just that inspiring, such is his ‘sparkle’!  I wish him well + much rest + peace.