A moving tribute to the 40th President of the United States in Budapest, with a 7 foot bronze statue of Reagan and electronic readerboard thanking him for personally standing up for the peoples of Eastern Europe when many in the East had given up hope, and many in the West had become apologists for the Soviet Union. 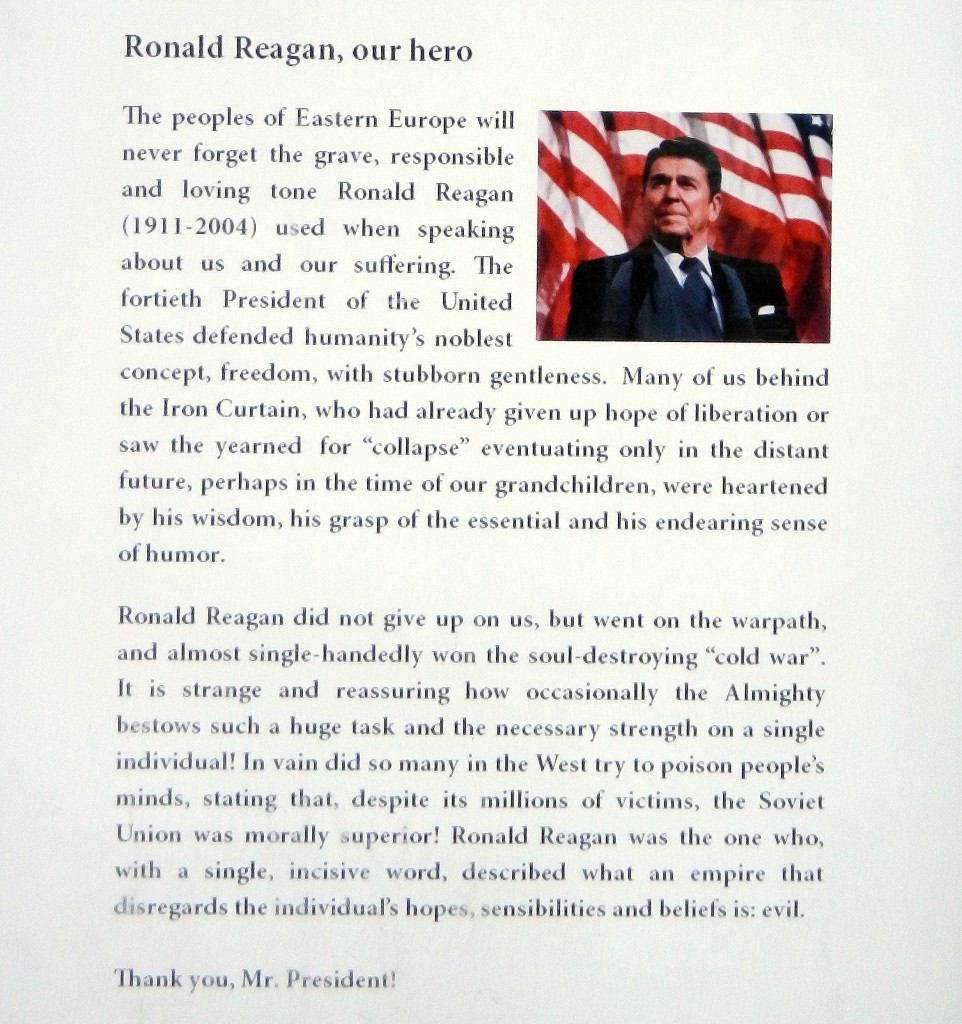