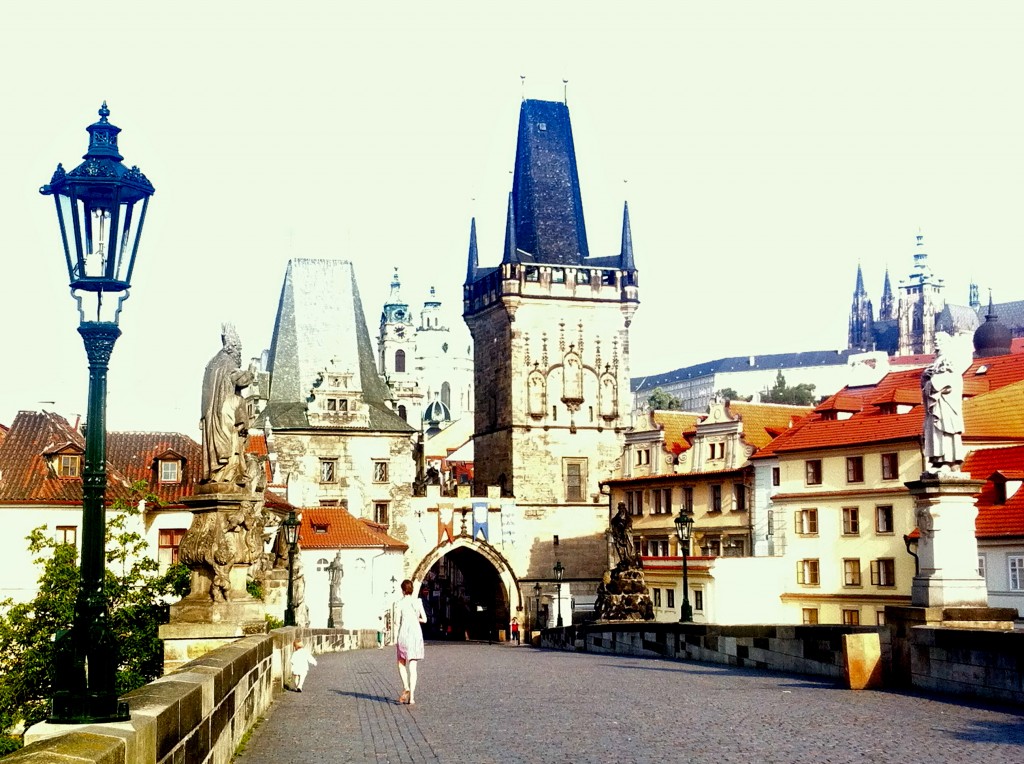 This photo was taken from the Charles Bridge this morning when I was out earlier than the crowds.  The boys wanted a morning to just hang out so we didn’t leave until it was time for lunch which we ate out in the court yard of Globe Bookstore and Cafe just around the corner from our apartment. 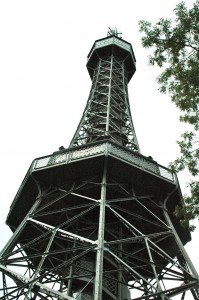 We then figured out how to buy tickets for transportation and took the funicular up the hill to Petřín Tower, a mini Eiffel Tower. Members of the Club of Czech Tourist were inspired after viewing the Eiffel Tower in 1889 and decided to build a similar tower.  Just a quarter of the size of Eiffel, it is also has an octagonal  verses square cross section.  We climbed the 299 stairs the top observation deck for a spectacular view of the city. 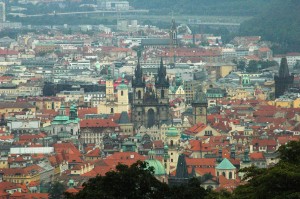 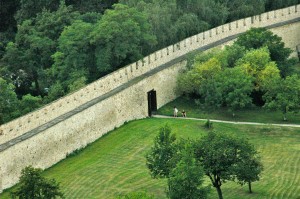 You can also see The Hunger Wall, commissioned by King Karel IV in 1361, was created to provide work for the poor and unemployed during the famine. It is several miles long.

We ate dinner at a restaurant on Dětský Island, a small narrow island on the Vltava River.  Literally Children’s Island, as it is a fully fenced playground with all sorts of courts and play equipment except for the reastaurant at the end.  The tapa restaurant, La Terrassa, had lovely views of the river, boat cruises, and the Dancing House.  Which is why I wanted to go there.  Here’s why Kevin wanted to go there: 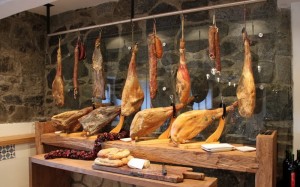 The kids were able to play while Kevin and I finished our drinks.  Fortunately, our table was covered so we didn’t get drenched when it started pouring.  The kids loved it.  We saw a hugh bolt of lightening as we crossed the bridge on our way home.