Here are some pics of where we’ve been staying while in Krakow. 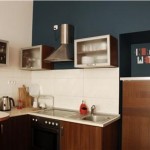 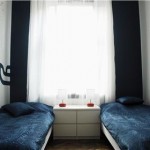 Our apartment is right behind a grocery store, very convenient but loud in the morning. It is next to a highly rated restaurant. We all had dinner there one night and shared an assortment of appetizers. Another evening the boys had dinner in the apartment while Kevin and I went there for dinner. They brought me a chicken salad instead of the chicken gnocchi. While they were correcting that mistake, they brought each of us a glass of wine and told us they would reduce our bill by 50%!

I watched the Roman Polanski movie, The Pianist, based on Wladyslaw Szpilman’s biography of how he survived WW2.  I’ve been reading the book Auschwitz: A Doctor’s Eyewitness Account.  I decided the boys should not tour Auschwitz at this age.  So the day Kevin went on the tour, the boys and I had a lovely brunch at Charlotte, a french bistro. For 25 Polish Zloty (~$7.50) I had a coffee, a basket of breads served with a pot of raspberry jam and pot of chocolate sauce, a boiled egg, and a glass of Pol Remy – such decadence! 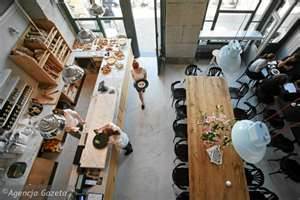 The boys and I then went shopping as Willem was in need of new shoes and socks already. We had a very hard time finding shoes that were real leather and his size. Finally, after looking forever, we found a pair of Ferrari Pumas on sale for 50% off that Willem loves.

Yesterday we did a bicycle tour, which was a pretty fun way to see an overview of the city. It was hilarious to be cruising around while listening to the accordion tunes of street musicians. Krakow is a very easy city to get around. It was a four hour tour but almost an hour was spent just hanging out at a beach/bar along the Vistula (Wisła) River. It just started to rain and was rather windy as we finished up our tour. We were starving, so headed directly to the taco restaurant that we had eaten at another night. The owner is a very friendly and happy guy.  Originally from Mexico, he lived in Chicago for six years before coming to Krakow with a Polish girlfriend.  So now he is here and makes piñatas for children every week.