Hoedspruit, which is Afrikaans for Hat Creek, is such named after one of the town’s pioneers threw down his hat ‘after a particularly arduous trek over the mountains’ + decided that this is the place where he was staying put.  Kevin + I are sitting at the bar at Hat + Creek having a drink because they have a super fast wifi connection here (everything is relative)  Our kids are at ‘home’ watching a video.  There is a video rental store here in Hoedspurit!

So not much new to report, but I promised an update on recent reads.

Way back in Turkey, I read Orphan Pamuk’s Museum of Innocence because I wanted to go to the Museum of Innocence while in Istanbul + thought I would get more out of the experience if I read the book first.  Kevin seem to find the museum interesting even without having read the book + the boys, well, they’re young boys.  I was very fascinated by the concept of the museum + think the book would be enjoyable with The Innocence of Objects in lieu of the actual museum.  After our visit to this museum we went to Santralistanbul Energy Museum which was super cool, hands on + much more appreciated by the boys. 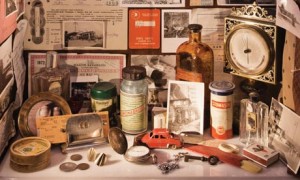 In Israel, I read:  Rise: A Novel of Contemporary Israel by Yosef Gotlieb, Raquela, A Woman of Israel by Ruth Gruber, and I Shall Not Hate: A Gaza Doctor’s Journey on the Road to Peace and Human Dignity by Izzeldin Abuelaish

The latter two I highly recommend for a better understanding of the issues and first hand perspectives of Israel and Palestine respectively.

In Egypt, I read The Day the Leader Was Killed by Naguib Mahfouz.  I couldn’t find a digital copy of two other books by the same author that I wanted to read, but luckily I did find a hard copy of Midaq Alley in English while in Cairo and I downloaded a well done dramatized audible version of The Cairo Triology narrated by Omar Sharif.