Yesterday we visited the one of the palaces constructed and used during the last days of the Ottoman Empire.

Inside, the building has a somewhat tired feeling to it, but is filled with spectacular crystal chandeliers, parquet floors and ornate ceilings.  We toured both the palace and harem areas with a guide (required).  Unfortunately, no tourist photos are permitted inside, so below are a number I found online. 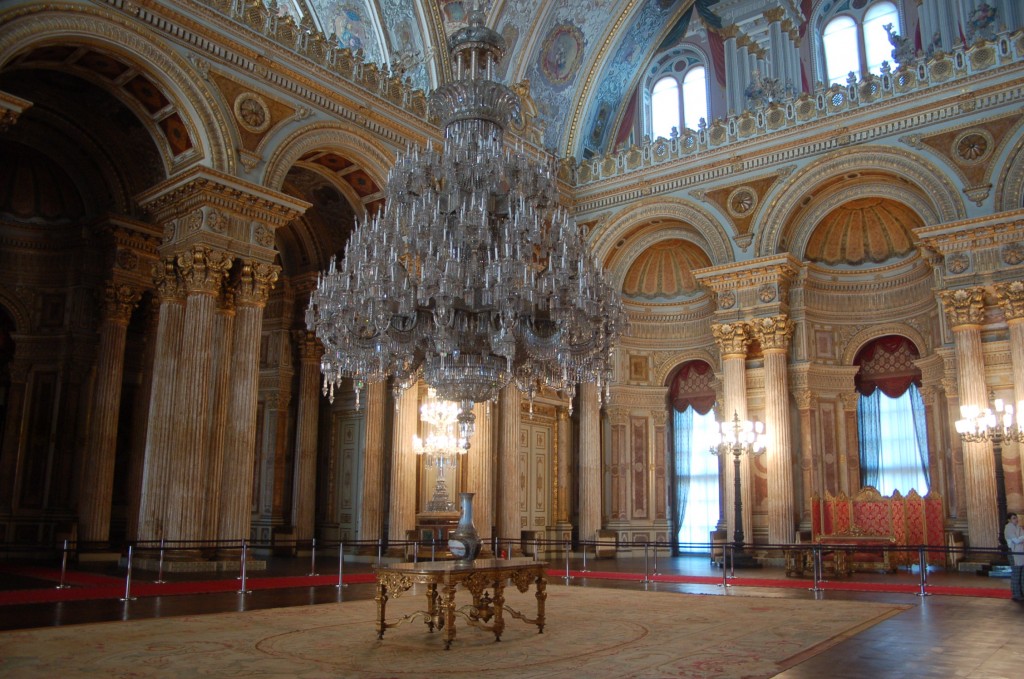 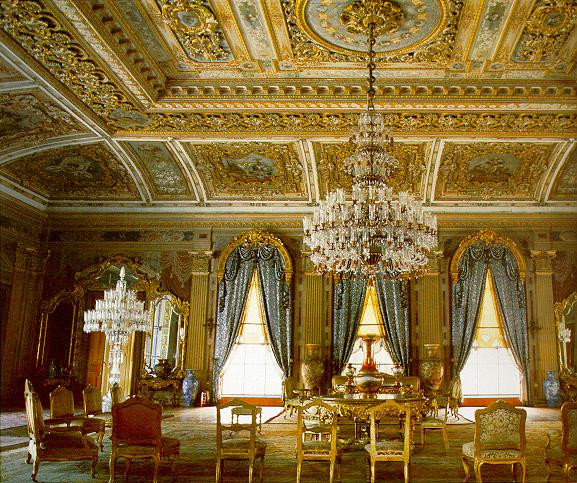 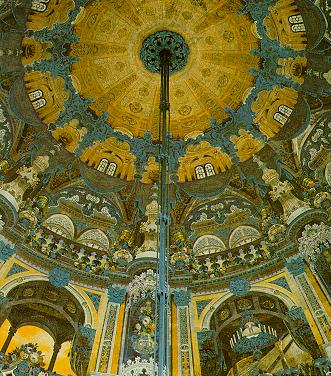 The palace was a favorite of Mustafa Kemal Atatürk, the founder and first president of the Republic of Turkey (their George Washington) and he died here while taken ill on a visit from his primary residence in Ankara, the capital of Turkey.  His bedroom and deathbed was considered a highlight of the tour.

One thing that struck me after the visit was how little was discussed about the people of the harem, other than the most privileged women.  Mothers, wives and concubines were all housed in the harem section at the back of the Dolmabahçe palace .  The rooms of the harem were lavish, but even though this palace was one of the last to be used by the sultans, life for most of the harem residents can’t have been a Turkish delight.  So I did a little of my own research on Turkish harems (although few details are specifically related to the Dolmabahçe harem itself).

The concubines of the Ottoman Sultan consisted chiefly of purchased slaves. The Sultan’s concubines were generally of Christian origin, as Islamic law forbade Muslims to enslave fellow Muslims. The mother of a Sultan, though technically a slave, received the extremely powerful title of Valide Sultan which raised her to the status of a ruler of the Empire.

The concubines were guarded by enslaved eunuchs, themselves often of African origin. While Islamic law forbade the emasculation of a man, Ethiopian Christians had no such compunctions; thus, they enslaved and emasculated members of neighboring nations and sold the resulting eunuchs to the Ottoman rulers (to my great dismay, there are lots of detailed descriptions of this process online). 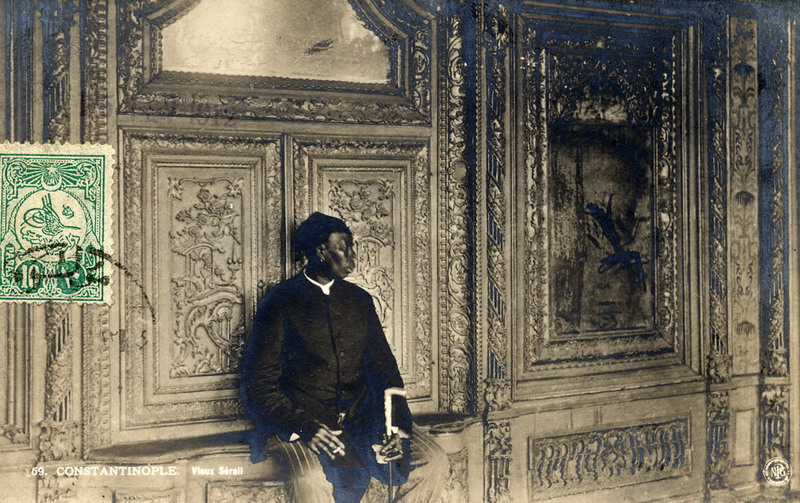 The Imperial Harem of the Ottoman Empire (1299-1923) was one of the most important elements of the Ottoman court. Finally in 1909, a group of students and army officers known as the Young Turks overthrew the sultan and established a constitutional government, and harems were declared illegal (although the photo of this Ottoman eunuch from above is dated 1912).

Unfortunately, as these were extremely private dwellings, very little information escaped about the lives of the residents (prisoners), although lots of fantastic and romanticized images remain. 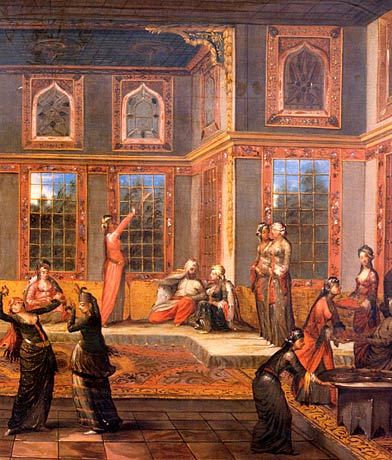 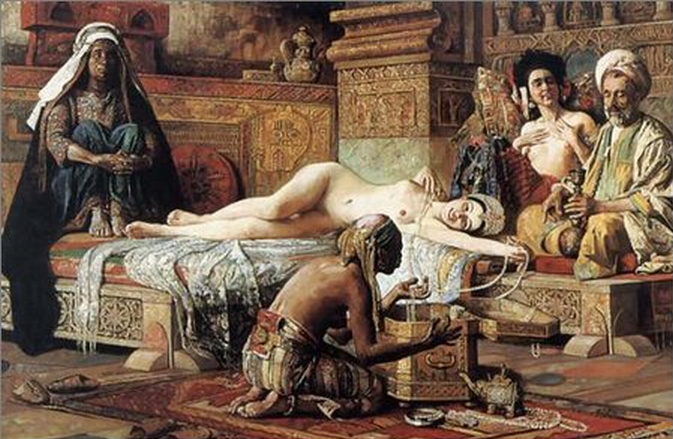 (you didn’t think I’d make it all the way through without some nudity, did you?)