Today is our last day here in Turnov, in the center of Bohemian Paradise or Český ráj.  It is stunningly beautiful here.  So much skala!  We went to Besedické Skály, Kalich – Chléviště, rock labyrinth, and Maloskalsko where we climbed up a long ladder at Suché Skály and climbed around the ruins of the Vranov Castle- Pantheon.  From such heights we enjoyed spectular views of the valley and the Jizera River.  We plan to explore more today.

Thursday we drove to Dresden, Germany.  It’s just over a 2 hour drive northwest of here.  We started off with a guided tour of the Die Gläserne Manufaktur, a gorgeous glass factory that makes transparent the assembly process of the VW Phaeton.  A luxury sedan (a luxury VW?) sold mainly to Germans and Chinese, the Phaeton failed in the US selling less than 2,300 in 2005-6.  They will most likely try the US market again soon.  Customers can watch the full 36 hour assembly process of their vehicle or just the “marriage” of the body and chassis being bolted together.  A special way to bond with your luxury vehicle.

Unfortunately, we didn’t get to see the assembly in action as all the assembly workers – clad in white gloves and uniforms – are currently on a 4 week vacation.  But the design of the factory is amazing.  The ergonomic wood floor conveyor belt, electronic suspension rail, indirect lighting, and magnetically driven componet baskets were cool to see. (in case your drooling and want more, click here).  Willem and I are certain the circular ‘silo’ parking garage was in MIssion Impossible – Ghost Protocol, but I dare you to prove us wrong.  The factory is in the corner of a hugh park very near the historic center of Dresden.  They use trams to bring in all of the parts to reduce traffic and noise.  The landscape around the factory blends in with the surrounding park.  In the first years, birds kept flying into the glass walls, so they now have recorded sounds that prevent birds from flying in that territory.

Dresden is spacious and not as crowded with tourists as Paris and Prague.  In the final months of WW2, most of Dresden was destroyed by heavy bombing from the US Army and Royal British Air Forces.  Significantly reconstructed since the reunification of Germany, Dresden has the feeling of a new old city.  One architect critic labeled the attempt to reconstruct the historic character of the city as inauthentic and likened it to the recreation of Venice in Las Vegas at the Venetian Resort Hotel.  I have to agree when in Neumarkt seeing chains such as Starbuck, Subway or even an Escala boutique, there is a similarity to Las Vegas or any other suburb baroque-styled shopping center.

We climbed the dome of the Frauenkirche and saw the sites of the city from above and walked along the Elbe River on Brühlsche Terrasse – known as the Balcony of Europe, passed by the Academy of Fine Arts, saw the Semper Opera House in the distant, and just walked by the Zwinger and Royal Palace.  We saw the porcelain tiled Procession of Princes. The boys were entertained there by a street performer and bought souvenirs from one of a few stands set up there. 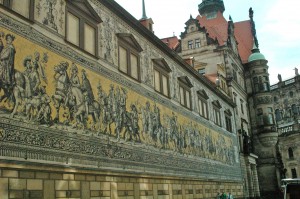 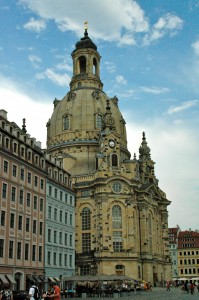 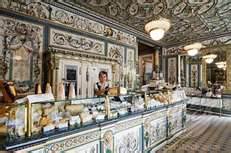 We also saw:  Pfunds Molkerei, the World’s Most Beautiful Dairy Shop according to the Guinness Book of Records, the Loschwitz Bridge or Blue Wonder, completed in 1893 it was one of the longest bridges built not supported by pillars, paddle steamers on the river, and a trio of castles across the river. 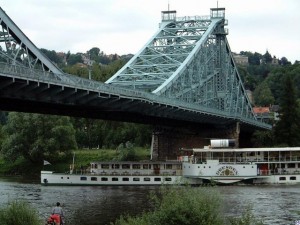 We then headed to the neighborhood, Innere Altstadt, where we walked through funky Kunsthofpassage and hung out in the park before dinner at Villandry — the best food I’ve had on this trip! 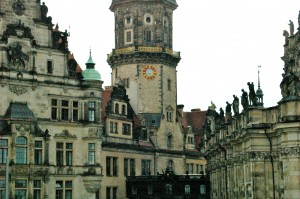 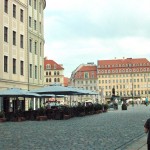 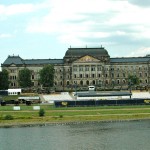 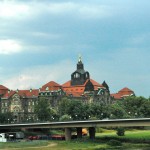 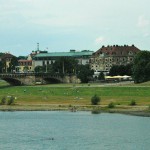 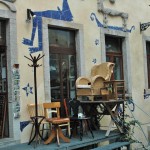 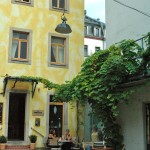 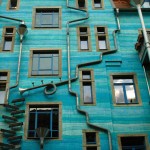 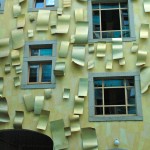 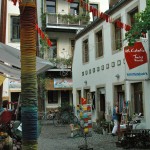 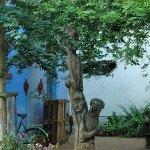 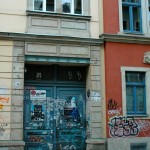 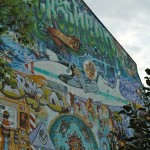 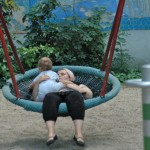 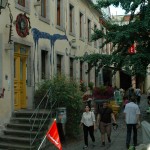 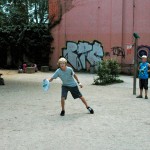