My most favorite place in Budapest has been Margaret Island (Margitsziget), located in the center of the Danube. It has been an easy running destination for me. The 2.5km island has a rubber track along its perimeter. We spent most of one day hanging out at Palatinus Furdo, one of the larger open air bathing complexes in Budapest. It has eleven pools, five water slides and a wave pool. The island also has a small zoo with exotic fowl, the ruins of a 13th century Dominican cloister, a water tower, tree lined paths, beautiful gardens with rare plants and trees, Danubius Health Spa Resort, The Grand Hotel, an athletics center with a track and pool, and open-air theater…This morning I discovered the Japanese garden.  It’s been a fun oasis to explore. 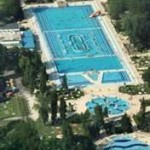 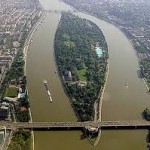 My next favorite place is City Park, the largest park in Budapest.  It is linked to the city center by Andrássy Avenue, at the end of which is Heros Square.  We enjoyed a visit to the Budapest Zoo which is located here.  Established in 1866, it was one of the first zoos. 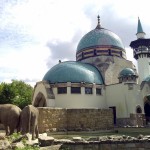 The zoo has some amazing buildings and lots of really cool animals. There is also a circus and an amusement park.  We spent a few hours in the shade of Sycamore trees near the playground one afternoon.  The boys and I toured around the park for awhile on bicycles.  We rode around the lake, through lush green lawns, through the gates of the Vajdahunyad Castle where we paused to watch an outdoor showing of an old b+w Hungarian film, and around the exterior of the Szechenyi Baths.

Pálinka, which I wrote about in my last post, is also in the City Park.  Here’s some pics. 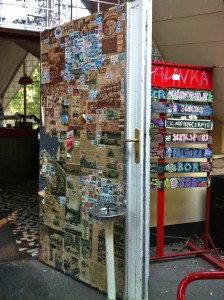 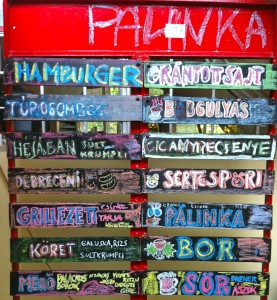 Szimple Kert (Simple Garden), is a ruin pub.  “Ruinpubs often move to a new place, or close for some years, then open in a new place again. They are are not only good places to drink and have a party but also function as cultural community areas with film clubs, theatre performances, concerts, exhibitions, and creative workshops, too.”  Szimple Kert hosts Szimple Sundays Farmers’ Market. 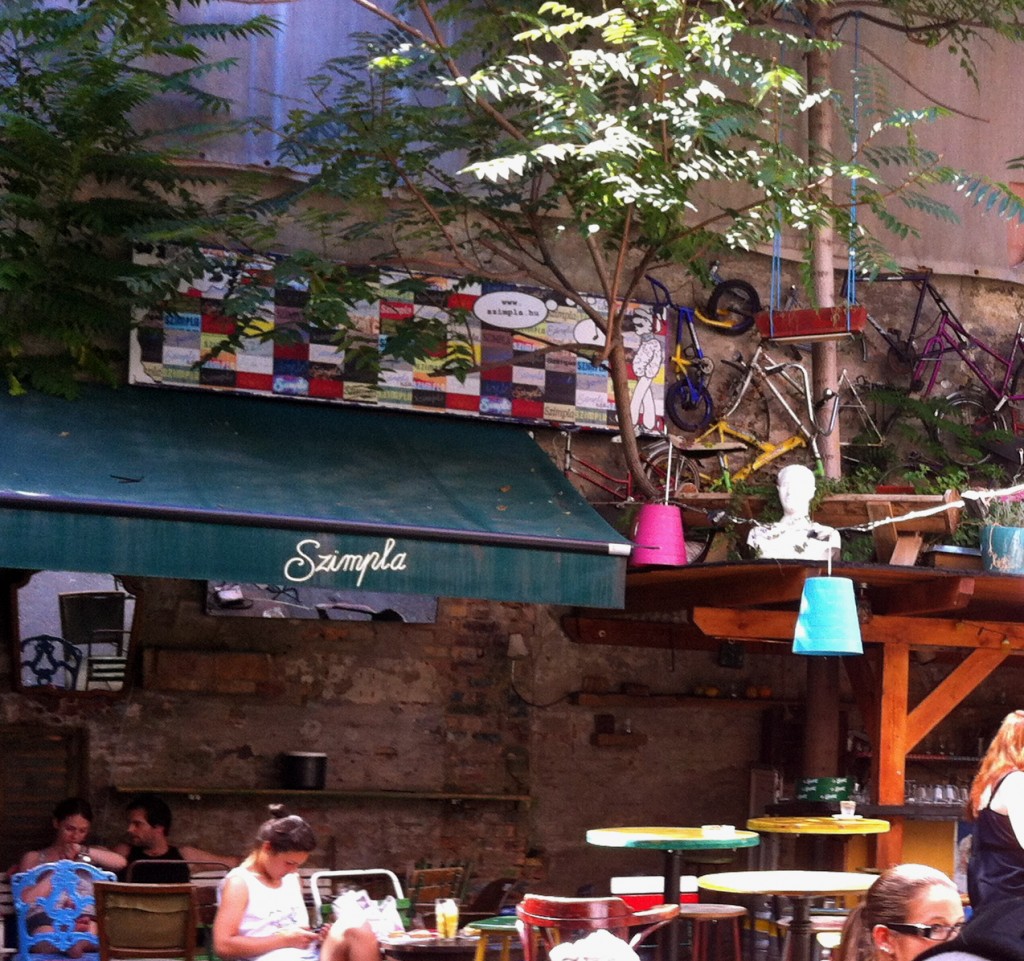 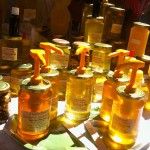 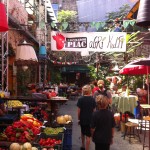 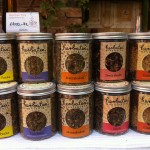 I like the area where we’ve been staying.  It’s been fun to peek in the windows of the many antique shops.  Biksady is an art gallery I’ve passed to + from Margaret Island almost everyday.  I would like to just move in.  One of the boys thought their art would look good in our house and it would, if we had a house.