Hi! We haven’t had WiFi for a long time, so I haven’t been able to post. We are currently at the northern tip of the southern island of New Zealand, but I’m going to start way back, when we were  in Australia.

After our time in Cairns, Janell, Willem, and I flew back to Sydney, where we stayed in a sandstone house which was very humid because the walls “sweated”. The house was very close to the world famous Bondi Beach. We went there two days in a row, the first day was very stormy (but still crowded) so we didn’t stay long. The second day was really fun; Willem and I had bogie boards, so we played in the large waves. There was a woman who was drowning or something (we didn’t see what happened) and someone was carrying her in but the lifeguards didn’t see. Willem and I helped in the waving of the arms until the lifeguards saw. They took her away in an ambulance; I think she was okay though.

Also while we were in Sydney, we went on a bus ride to the Blue Mountains, Australia’s Grand Canyon. It’s called the Blue Mountains because the gum trees that cover the canyon have bluish leaves. On the way, we went to a zoo where they had interactive animals. We played with kangaroos, wallabys, (kangaroo like things), emus, and we even got to hold koalas (they get offended if you call them koala “bears” because they aren’t bears)! When we got to the Mountains, we went on a cable way, which took us down into the valley, where we walked in the rainforest. We also took the sky way, which took us across the canyon. After that, we went to some lookouts, and we also saw a show, in which the natives of Australia danced.

After Sydney, we flew to Tasmania! We had a very cozy cabin with a nice garden and a yard. One day, Willem and I decided to go on a little “adventure”. Next to our yard, there was a cow pasture. Around the cow pasture was a barbed-wire fence. We wore our jeans so that the barbed wire wouldn’t hurt, then we got large sticks, just in case there were any violent cows. We got a box and used it to climb over the spiked fence. We trespassed through the cow pasture, hoping we wouldn’t get caught. Then we walked along another fence, until we got to an intersection of four barbed wire fences. As we were going through the barbed parts, I figured out that it wasn’t just a barbed wire fence; it was an electrical barbed wire fence. But the shocks didn’t hurt too badly, so we were soon in the wild. We walked through a small wood, then through a small clearing of tall grass, and we had to be careful about snakes. We crossed one stream, and when we were about to cross a second, I saw a wild platypus! It was amazing. It wasn’t any longer than one foot, and made a funny gurgling noise when he went underwater. We continued and got to a very steep hill, which was blocked by a fence that we couldn’t climb, so we turned around. On the way back, we saw another platypus in a pond!

Quick facts: Platypuses are mammals, though they lay eggs, have duck-like bills, and have venomous spurs! Quite a strange animal.

For the rest of the time, we relaxed, did homework, and went on a drive to a nice little beach where we skipped rocks. We couldn’t swim because there were jellyfish.

After Tasmania, we flew back to the mainland, where we rented a car and drove to a small town near Melbourne. It was a strange house, not very comfortable, but not too bad. Willem even had his own room separate from the house. But the bad part was the BUGS. After the first night there, just my leg had more than 20 bug bites. I counted.
While we were there, we went to some Hot Springs. It was pretty much a bunch of jacuzzis filled with naturally hot water. One of them had an amazing view of rolling hills of grass that were dotted with cows and sheep. We also went to a beach, where there was a little jetty that Willem and I jumped off of. The water was quite cold, especially because we went at night, and Willem noticed a sting ray, so it was a bit scary. 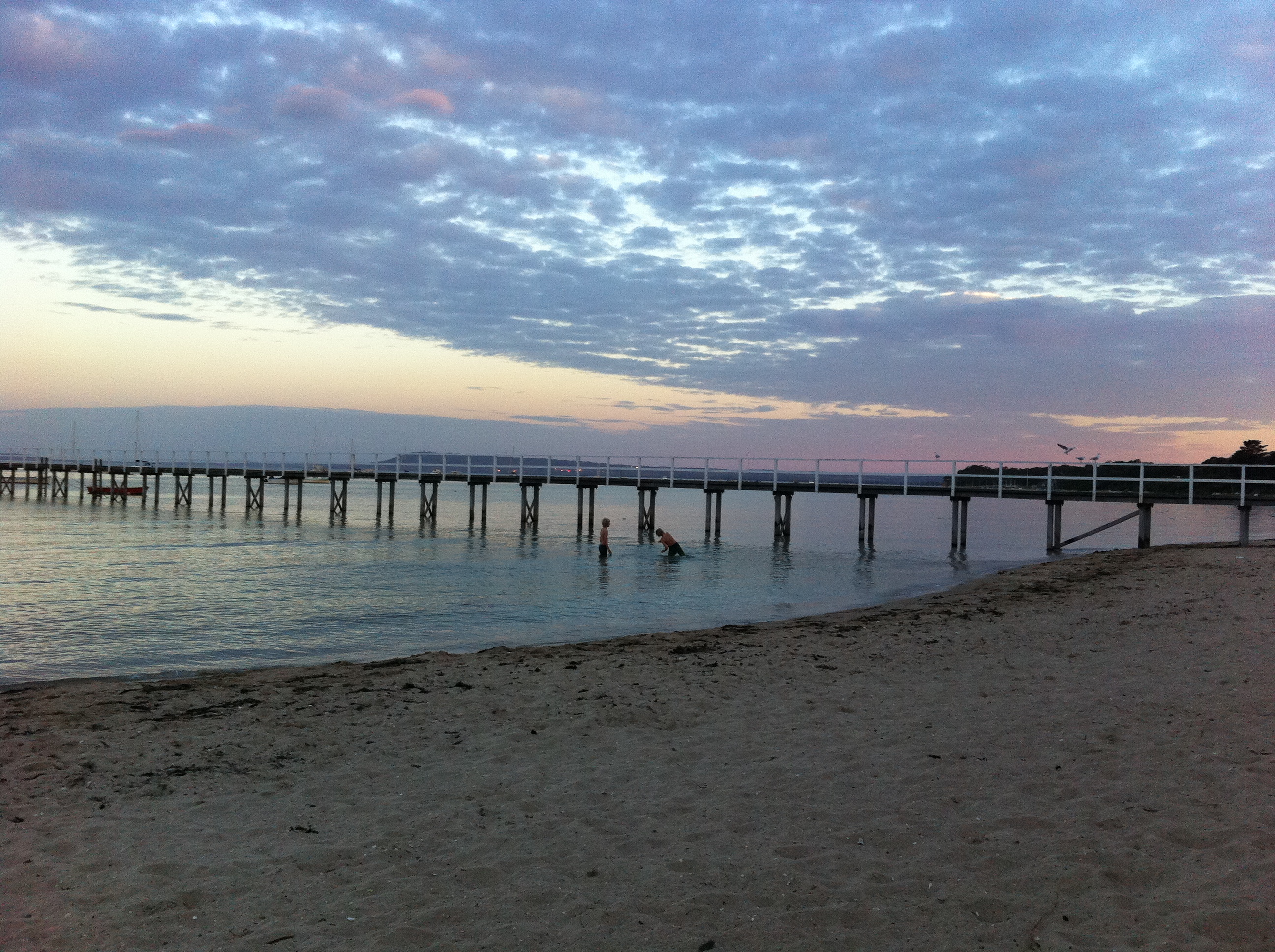 After waking up at 5:00 AM, driving an hour to the airport, waiting on a plane for a few hours (they had movies and I watched the Hobbit again! Hehe), we ended up here, in New Zealand. The first day here we spent driving. We drove for almost 6 hours, until we finally came to a very cozy cabin by a river. Willem and I played in the river, though it was freezing, we met some very excited ducks (they wanted food, most likely), explored a forest, and also tried to say hi to some jumpy little sheep who were very afraid of us. The sheep had been shaved the day before we arrived, so they were moaning about it for lots of the time. 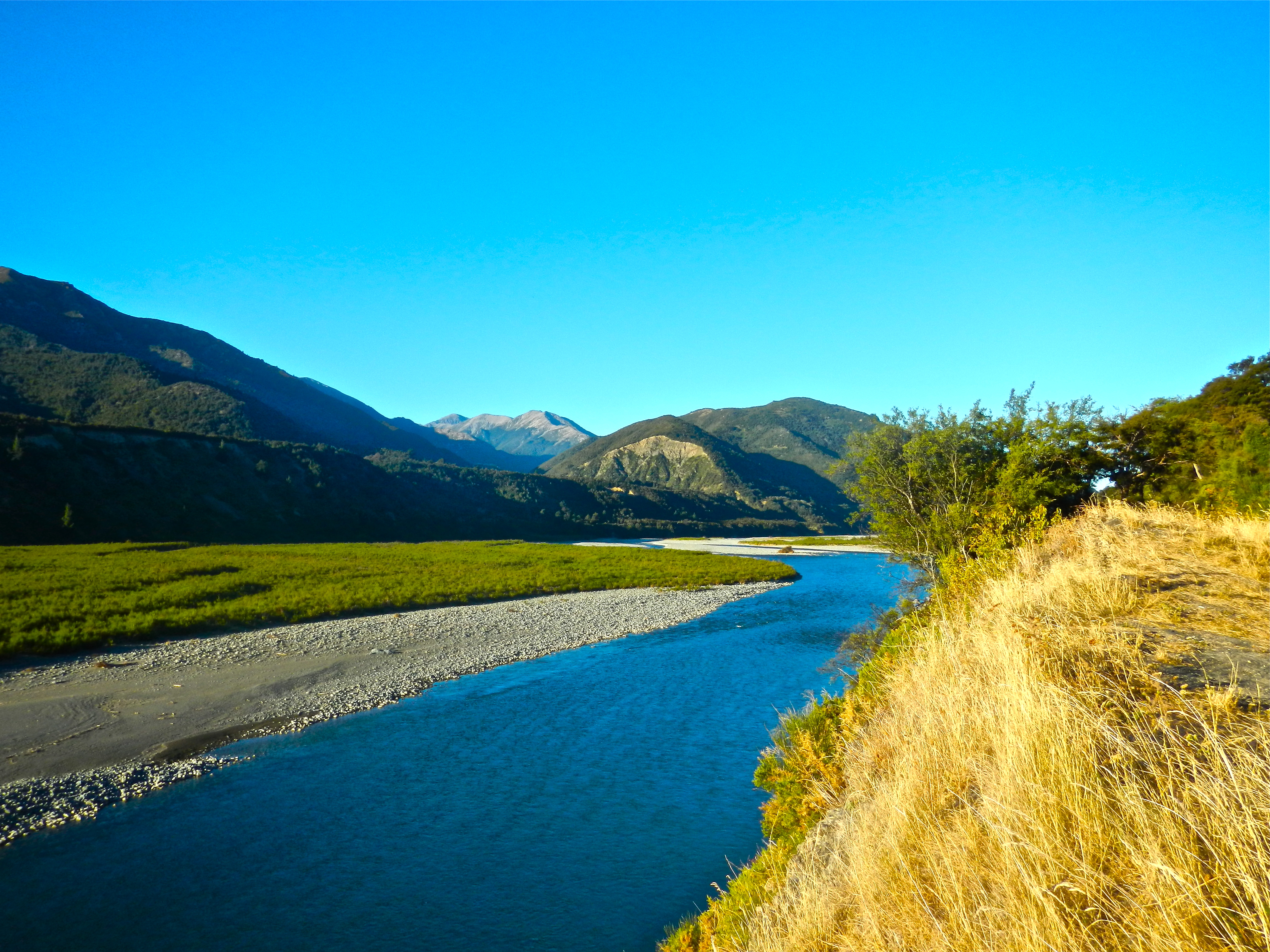 After 2 nights, we took an hour drive to another cabin which is by an inlet (We are currently there). The only problem is that the bay has no water for half of the day, so its a big field of mud. Willem and I figured out that we can ice skate on the mud, and also that it is not just a big field of mud; it’s a gigantic slip-n-slide. 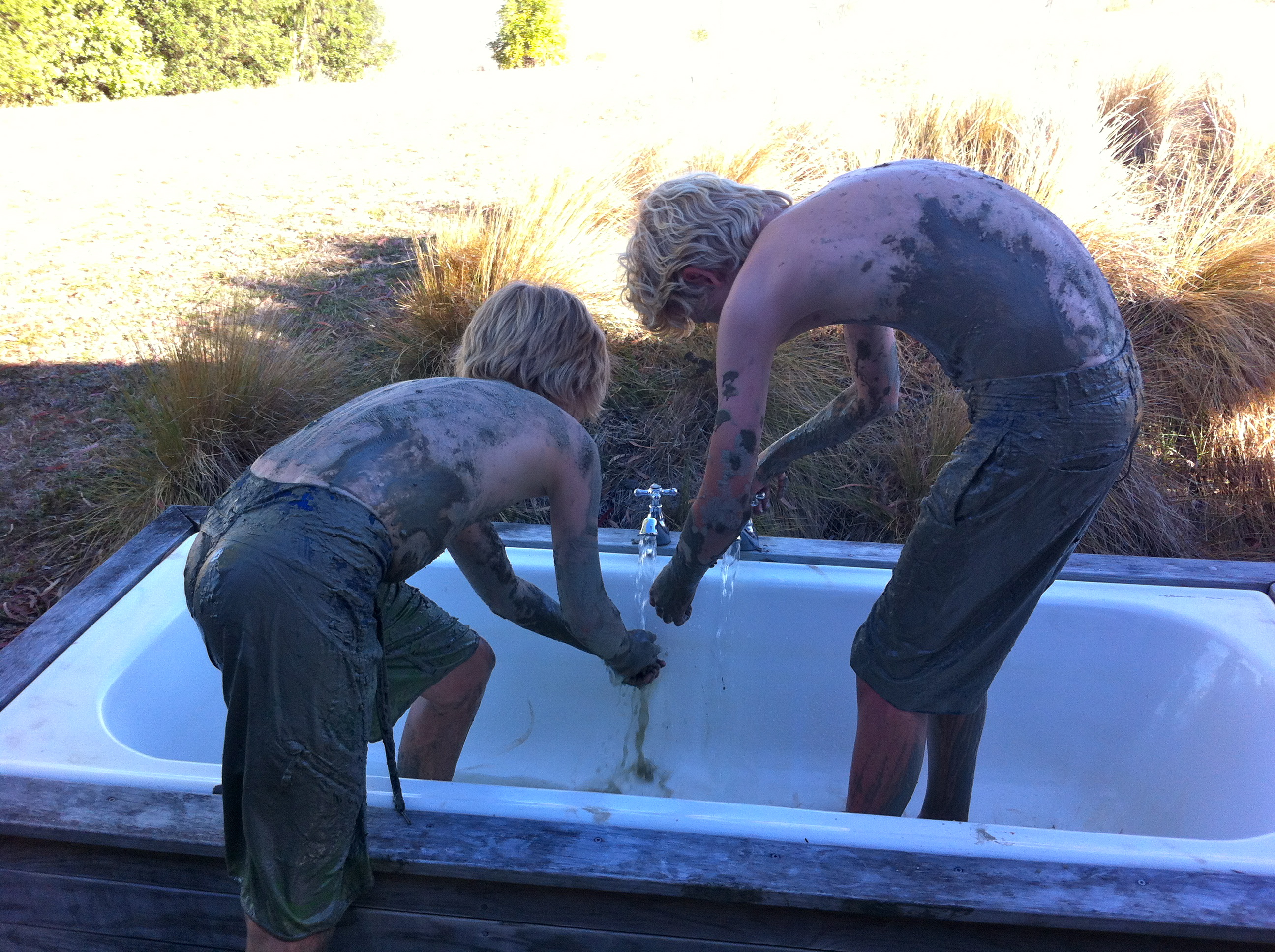 We got a bit muddy.